THE LONGEST VILLAGE IN UKRAINE

Visit the three most important historic sites of the Hutsul village Mykulychyn on this full-day tour from Ivano-Frankivsk and benefit from the expertise of a private guide. Tour the mountain village of Mykulychyn, including The Church of the Holy Trinity (1868) and Brewery Mikulichin (Hutsul Brew); admire the tastiest Hutsulske beer; and explore the picturesque landscapes of the Carpathian Mountains.

The village of Mykulychyn near Yaremche in the Hutsul region of the Carpathian Mountains was first mentioned in public records in 1412.
Now Mykulychyn has a population of about 5000 in a total area of 15841 hectares. It is the longest village in Ukraine; it starches out for 16 thousand hectares. It is also called the valley of winds because warm and cold air masses meet in this place. Mykulychyn is located at the height of 600-800 meters above the sea level. 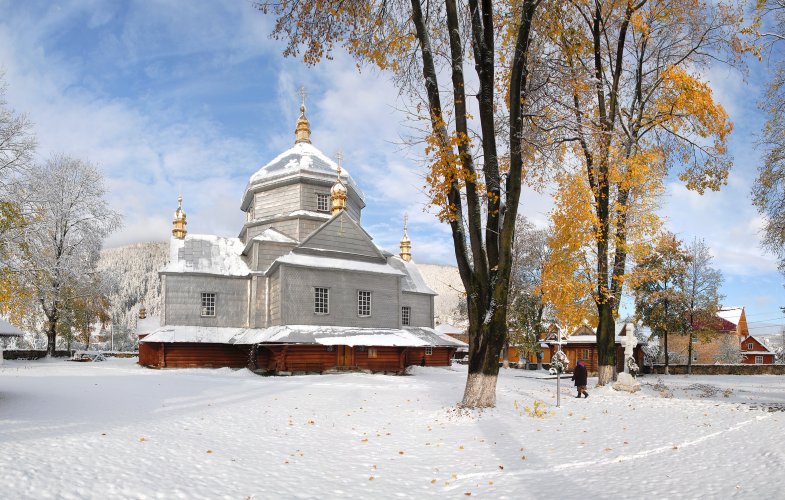 The Church of the Holy Trinity in Mykulychyn is an architectural monument of national significance. It is built in the best Carpathian tradition of wooden construction, and according to the project of the Tsarist-royal engineer-architect Chaikovetsky, which differs from the majority of wooden churches of that period.
Another important detail about Trinity Church is that in 1988 there was discovered a unique author's work of famous painter Kornylo Ustyianovych - the original icon Josaphat was hidden under newer cloth. The original can be dated by the end of the XIX century.
Today Trinity Church has 5 bells, the largest weighing 6 centners.

Brewery Mykulychyn (Hutsul Brew)
The village has a tradition of beer brewing going back to 1890, when a portable brewery was established to serve workers who were building a new railway in the region. The name of the beer was Galberg.
The modern Brewery "Mykulychyn" was built in 2002 and rightly became the landmark of modern Mykulychyn. It brews natural beer, releasing it under the trade mark "Hutsulske". There are five types of Hutsulske beer available: white (lager), dark, honey, wheat and rye. The brewery also makes a special Hustul rye kvas (a fermented beverage made from bread). 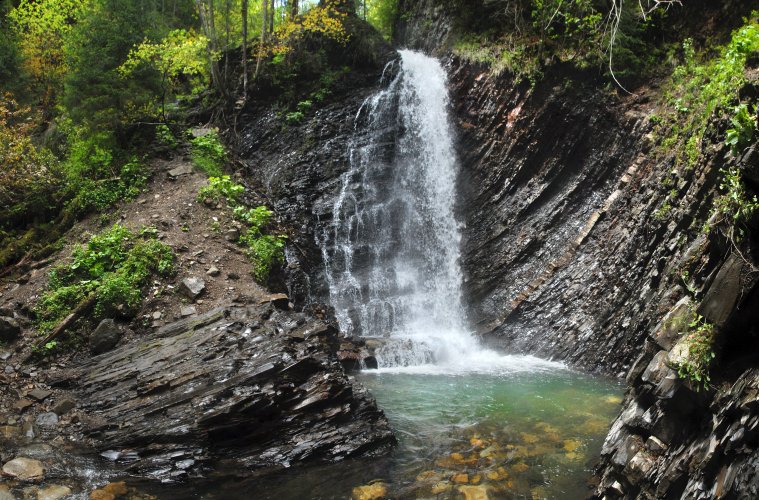 A single-cascade 15-meter beautifully feels comfortable surrounded by dense forest and rocky mountains of the Gorgan. It is located in the protected tract of Zhenets on the river of the same name.
It is easy to reach the waterfall: it is one of the few Carpathian waterfalls, which is led by a good asphalt road. Guck waterfall is high and sophisticated, does not dry up in the summer, and in winter it is covered with massive icicles, so you should visit it in any weather or seasons!