THE PICTURESQUARE VILLAGE OF THE CARPATHIAN MOUNTAINS

Tatariv is a village and resort of Ivano-Frankivsk region. It is located in the wide valley of Prut river 750 m above sea level. This picturesque place delights with lovely panoramic mountain views.

The Railway Station
As for must-see sights of Tatariv, we should surely mention the building of old railway station built in the end of the ХІХ century in 1893. This station is considered as one of the best architectural railway projects in Ukraine in the end of the ХІХ and the beginning of the XX century. Since 2014, the station has been under reconstruction. 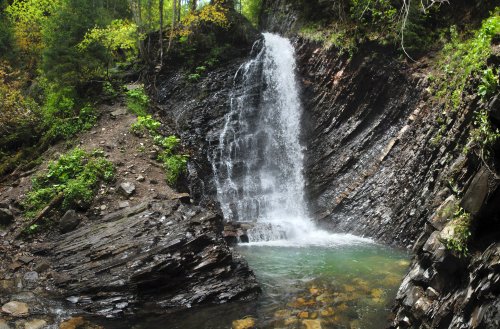 Zhenetsky waterfall (Guk)
A single-cascade 15-meter beautifully feels comfortable surrounded by dense forest and rocky mountains of the Gorgany. It is located in the protected tract of Zhenets on the river of the same name.
It is easy to reach the waterfall: it is one of the few Carpathian waterfalls, which is led by a good asphalt road. Guck waterfall is high and sophisticated, does not dry up in the summer, and in winter it is covered with massive icicles, so you should visit it in any weather or seasons! 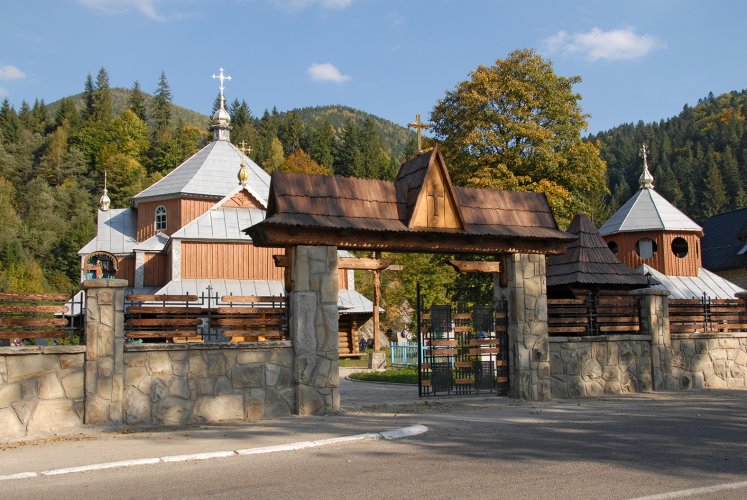 The church with the belfry is considered to be an outstanding monument of wooden architecture. The Church of St. Dmitry was built here in 1870 in honor of the righteous martyr Dmitri Slutsky under the project of F. Menchynskyi. The churche is made in the traditional style for Hutsul folk architecture. On the walls there is still a temperamental painting of the nineteenth century.